During the 16th Annual Caribbean Week of Agriculture at a digital Ministerial Meeting, 12 Caribbean island states joined the work to combat transnational organised crime in the global fishing industry by signing the Copenhagen Declaration, which now has the support of more than a quarter of the world’s coastal states.

In 2018, Norway initiated the Copenhagen Declaration, along with 8 other Ministers from across the globe, which forms the basis for cooperation on combating transnational organized crime in the fisheries sector. Norway’s Blue Justice Initiative supports developing countries in operationalising the Declaration. “Fighting fisheries crime is a high priority and is an important part of the Government’s ocean policy. The fact that 48 countries now support this initiative gives good reason for optimism,” Norwegian Prime Minister Erna Solberg stated in a press release.

At the Ministerial Meeting, Hon. Saboto S. Caesar, Chair of the CRFM Ministerial Council and Minister of Agriculture, Forestry, Fisheries, Rural Transformation, Industry and Labor of Saint Vincent and the Grenadines remarked that that the CRFM Member States are appreciative of the support and leadership being provided by the Government of Norway in tackling the pervasive problem of transnational organized crime in the global fishing industry. He also noted the links between transnational organized crime and IUU-fishing. The Minister further highlighted efforts of the Blue Justice Initiative and the UNDP’s Blue Resilience Project to support developing countries implement measures to deter and counter transnational organized fisheries crime.

Zazie Schafer, Director a.i. of UNDP’s Nordic Representation Office, gave remarks on the importance of the Sustainable Development Goals for effective governance in addressing fisheries crime, and presented the UNDP’s Blue Resilience Project. Ms. Schafer extended heartfelt congratulations to the CARICOM members states signing up to the Copenhagen Declaration, and emphasised that UNDP is fully committed to supporting all new signatories in implementing the Declaration. 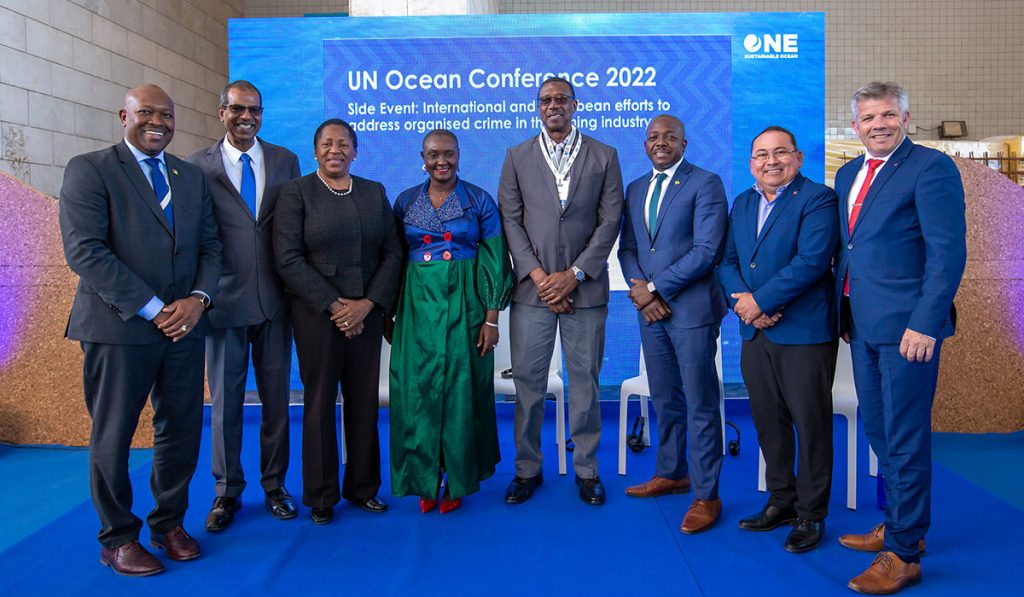