The Norwegian tall ship, Statsraad Lehmkuhl, called at Rio de Janeiro, Brazil, 23-26 February, as part of its One Ocean Expedition, sailing under the UN Decade of Ocean Science for Sustainable Development. UNDP is an official supporter of the OOE towards enhancing visibility, awareness-raising and global promotion of a sustainable blue economy free from fisheries crime. The UNDP’s Blue Resilience project, under the Norwegian government’s Blue Justice Initiative (BJI), supports strengthening governance to effectively address crime in the fisheries sector in line with the International Ministerial Declaration against Organized Crime in the Global Fishing Industry. The Brazilian government joined the Copenhagen Declaration on 22 April 2021.

The Brazilian Navy welcomed the ship at Pier Mauá, Guanabara Bay. The Norwegian MFA hosted a ‘Green Technology for Sustainable Oceans’ event on-board the Lehmkuhl on 24 February. The event, which was opened by H.E Odd Magne Ruud, Ambassador of Norway to Brazil, provided a platform for Brazilian and Norwegian stakeholders, including government and industry, to come together to discuss and share knowledge on promoting a sustainable ocean economy.

Video messages from both the Norwegian Ministers of Fisheries and Ocean Policy and International Development, as well as the Director of UNDP’s Nordic Representation Office, introduced the Blue Justice Initiative and UNDP’S Blue Resilience project. A short education video, prepared by the BJI in conjunction with UNDP, was screened thereafter for the audience. It underscored the adverse impacts of fisheries crime on the blue economy, flagged international policy efforts to address the challenge cooperatively and outlined local capacity support under the Blue Resilience project.

The Lehmkuhl is now on its way to its next destination, Punta Arenas, Chile, as part of the One Ocean Expedition.Stay tuned for more updates on UNDP Blue Resilience engagement with Brazil as well as on planned Blue Resilience/Blue Justice Initiative events and activities with partners along the Lehmkuhl’s route.

Learn more about the activities of the One Ocean Expedition here. 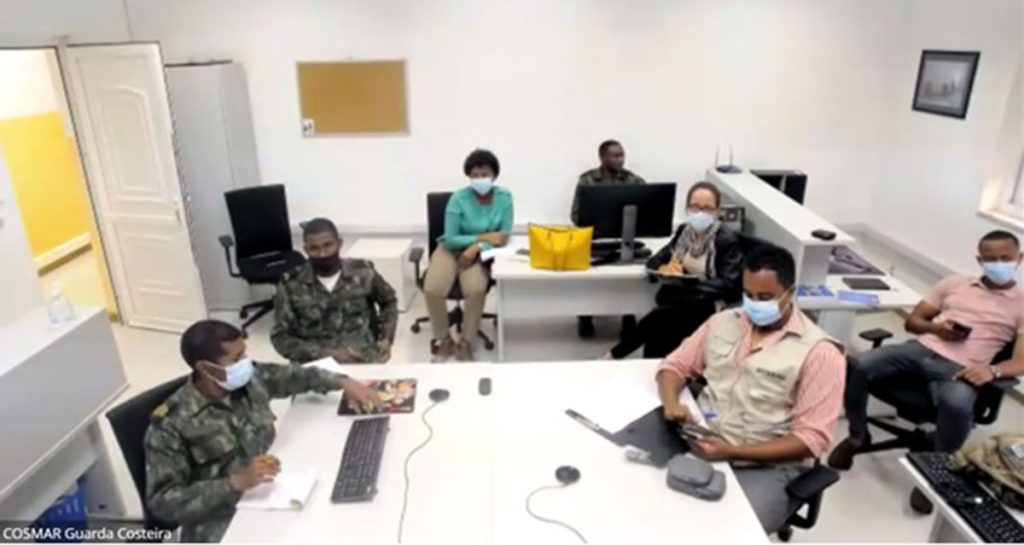